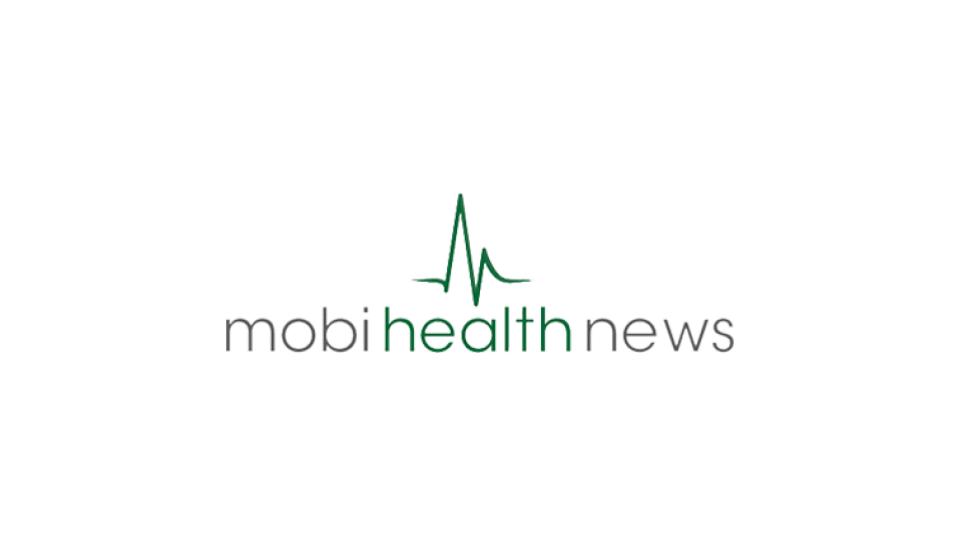 Published by Aditi Pai at Mobi Health News - May 12, 2014
‍
At AARP's Life@50+ event in Boston last week, 10 startups presented products targeted at AARP's 38 million members. The products ranged from a mobile diagnostic testing tool to a system that helps caregivers clock their hours and connect with others in the area.

In December 2013, a report sponsored by Startup Health and AARP found that digital health startups that are targeting the aging population, 50 and over, more than doubled their funding in the past three years, increasing their funding from $413 million in 2010 to $928 million in 2013.

At the AARP Life@50+ event, Venture Valkyrie Managing Partner Lisa Suennen, who introduced the demos, added that she found it "gratifying to see entrepreneurs shedding their hoodies and bellying up to the bar", to develop digital health offering for older consumers, especially since there is such "a premium on youth and inexperience in Silicon Valley".

Here's MobiHealthNews compilation about the 10 startups who presented at the event:

The first company to present, called Accel Diagnostics, developed a test to screen for health issues that could reduce hospital readmissions for people with preexisting conditions. To test for health problems, users are asked to put their blood or urine on the credit card-sized test strip and then scan the strip using an app and their smartphone's camera. While lab tests usually require users to go to a healthcare facility and then wait two to three days, Accel's device sends results to the physicians immediately.

Accel Diagnostics wants to roll the service out to hospitals first so that patients who have been hospitalized can be monitored by their doctor for 30 days after using this technology. Patients will eventually be able to buy it directly from the company. Accel Diagnostics is planning a clinical trial with a San Francisco-area hospital.

The next company, BiiSafe, developed a small circular device that users can click at any time so that a notification about their location is sent to the user's friends and family. The device works on iOS and Android platforms and the battery lasts several months. Users can also use the device to pinpoint locations for themselves. It costs $69 and BiiSafe offers users free access for the first year. After that,the service costs $3 per month. Currently, a hospital in Finland is testing the device as an emergency button in its facilities for when patients go missing. While smartphones offer similar apps, Biisafe CEO Jouni Suutarinen said that  sometimes it’s not as easy to access a smarpthone if the user needs something quickly. Eventually BiiSafe wants to add step counting and other features for health-related monitoring.

The founders of Careticker believe that while startups are incentivizing doctors to implement an EHR and incentivizing patients to monitor their health, there aren't many startups incentivizing family caregivers log their activity. Careticker CEO Chiara Bell said that 65 million consumers are family caregivers who dispense medications, give baths, and provide care in other ways. The Careticker mobile and web app offers this group of people a place to log caregiving hours for points. These points can be used to earn a salary sponsored by a health plan or redeem rewards. The app also offers a social network for experienced caregivers to share tips and advice and for newer caregivers to learn and connect with others in the network. Companies in Florida and Tennessee are currently beta testing the product. Bell aims to distribute Careticker through health plans and then later directly to consumers.

Healthspek also works with patient data, but this company's goal is to bring all of a user's data, from the primary care doctor, the hospital, and "the kitchen drawer" into one place so that a user visiting a specialist or a health facility while on vacation will be able to access it. The app offers users a dashboard from which patients can add information that they find valuable, such as medication reminders, mammogram reminder, wearable activity information, and price transparency tools. Some aspects of the app will be sponsored so that the app can be free for patients. On the other side, providers have access to the increased information that the user collects, which they can then import into the patient's existing EMR.

Lift Labs, which MobiHealthNews has been writing about since they were in Rock Health's accelerator in June 2013, aims to help patients with Parkinsons and Essential Tremor eat their food in an easier way with cutlery that works to cancel the hand tremors some consumers deal with when eating. The company was funded for two years by the NIH. Recently, Lift Labs published a study completed in December 2013 that found with the product's Active Cancellation of Tremor (ACT) technology turned on, tremor amplitude was reduced by an average of 72 percent in the holding task and 76 percent in the eating task. Last month, Lift Labs broke even and the company secured a deal with a VA hospital in the San Francisco-area to use the product for its facility. While the technology does not work on people whose tremors are too extreme or in the whole arm, the company is in the process of designing a product to suit this group. Future studies Lift Lab plans to conduct will look at whether this technology keeps older patients in their homes and independent for longer periods of time.

Just wants to save patients from unnecessary medical bills. The app lets patients take and send a picture via smartphone of their medical bills to be assessed for errors. Founder VJ Anma first thought of the idea when he was reviewing his friend's medical bills after the friend went into a coma. Anma said the bill was riddled with errors and upon futher research he discovered that the average overcharge for these bills is $1,300. Patients can send bills to Just via fax, snail mail, or smartphone picture. Patients are not charged unless a billing issue exists, and in that case they are paired with a billing advocate who will help patients sort out the issue. Anma's hope is that patients will get all of their bills automatically sent to Just and if there is ever a problem, Just will address it.

Sensor developer Pixie Scientific wants to help those who chronically suffer from UTIs to monitor their symptoms. They do this with Pixie Briefs, a three part system: an app, cloud-based technology, and a sensor-laden diaper for adults. Caregivers just have to scan the panel on the diaper with the app and wait 10 seconds to see if there's a risk for a UTI. Although the company started out selling baby diapers, they quickly added diapers for older people when they started receiving a lot of feedback from that user group. Pixie Scientific plans to sell the diapers directly to assisted living facilities. The company is also five months into a study with UCSF, in collaboration with NYU to test the efficacy of the diapers.

Sway Medical has developed a cost effective offering for fall-risk assessment. The balance screening tool they offer is available as an app for smartphones and has been clinically validated and FDA cleared. The test is also reimbursable so patients would have to pay just $32 per test. The product's first target is the 17,000 physical therapists and 250,000 physicians that test patients for fall risk. To use the product, patients hold the phone to their chest and stand in different positions. The device's accelerometer then measures the user's balance. So far, the company has partnered with various universities including the University of Kansas and Wichita University. Founder and CEO Chase Curtiss hopes that patients will first do the test with their physical therapist or doctor and then regularly complete the test on their own after that. He said that the biggest competitor to Sway Medical is Biodex, a balance test that costs $20,000.

CEO of TalkSession, Melissa Thompson, said access is the biggest challenge to getting care in mental health. Many appointments are canceled last minute and as a result many people have to book appointments well in advance to meet with a therapist. She believes TalkSession provides a solution. The company makes listings of  mental health professionals from healthcare systems so that a patient looking to get an appointment can get online counseling by a professional who has an open session.

Zansors believes the key to good sleep is breathing well. The company has developed a patch that users can wear on their neck that collects breathing sounds and movement. The company has not launched the product, but expects that it will cost $30 to $35 dollars. The product is Zansors' answer to the gap in the sleep sensor market, where on one side, patients can pay $500 for a sensor test or pay $100 for a wearable that hasn't proven its efficacy. Zansors aims to bring their product to market through B2B partnerships and then to sell it at retail clinics. 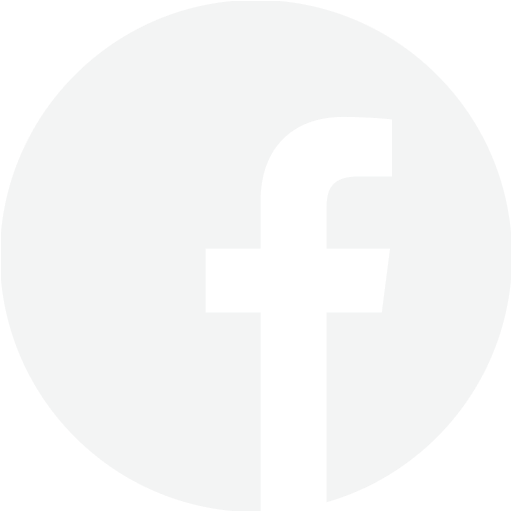 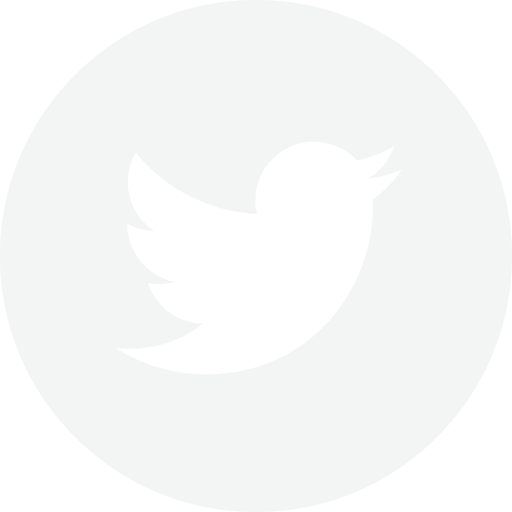